Privileged location facing the beach, with easy access to the entire city and its waterfront, next to Avenida Atlântica, the boardwalk and the bike path, which invites you to leave your car in the garage to go wherever you want by bike. A desirable and valued noble address, close to attractions and iconic scenarios of Balneário Camboriú, in a region full of services and conveniences.

Apartments with home space, integrated environments and well-sized floors offer the warmth and privacy you seek for your family's well-being. 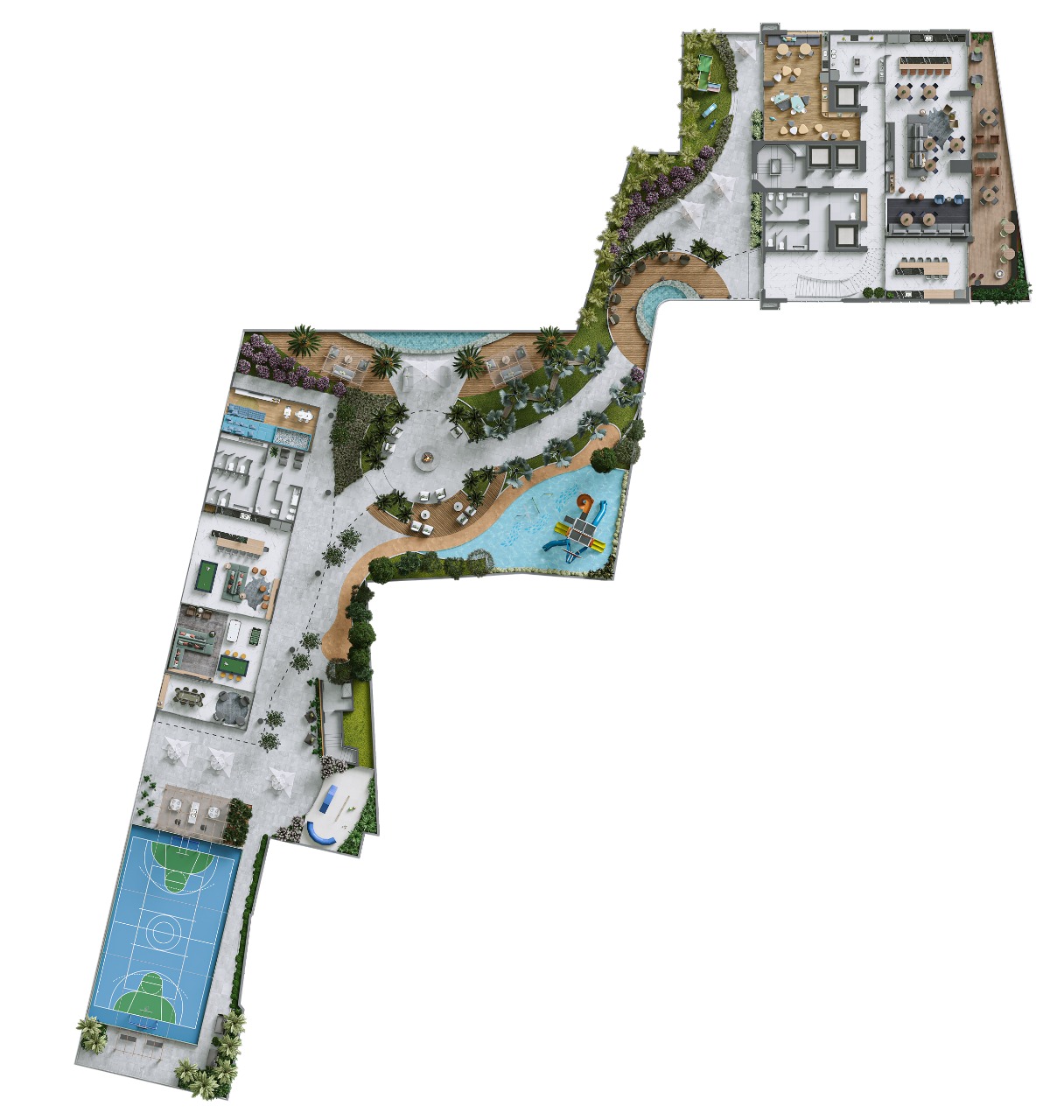 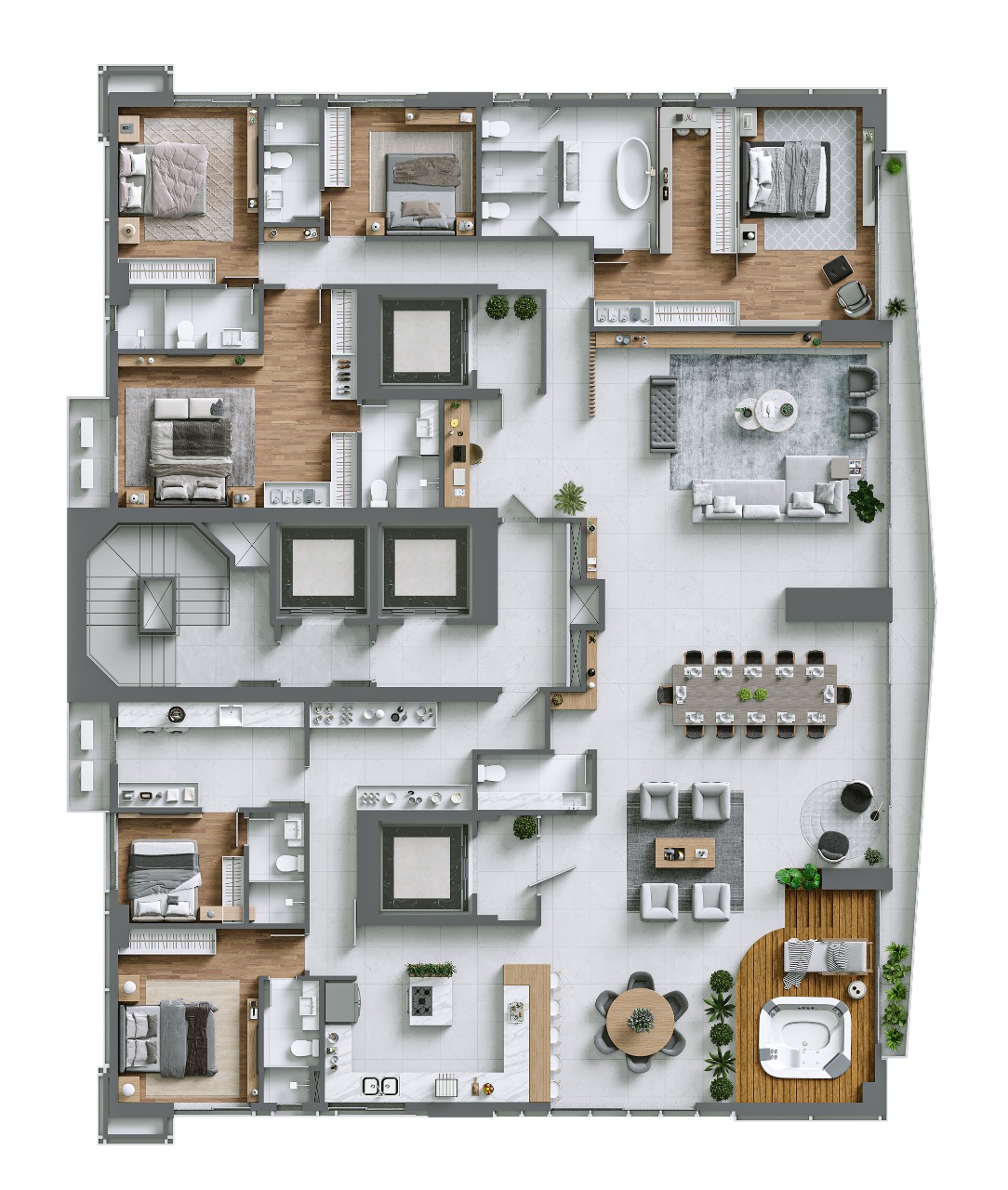 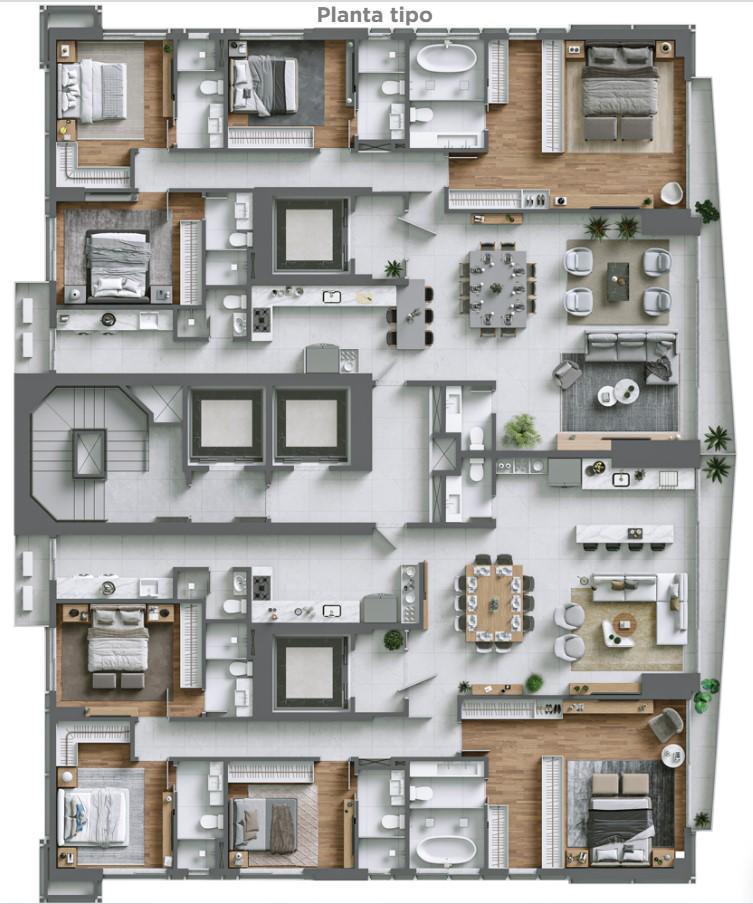 International design that brings to Blaneário Camboriú the good taste by the sea, with sophisticated leisure and luxury differentials in a rare condition.

Balneário Camboriú is among the 12 fastest growing cities in Santa Catarina. Civil construction and tourism are the driving force behind this important scenario. The lush nature, attracts to the municipality more than a million visitors in the summer.

With about 120 thousand habitants, its landscape is marked by the greenish sea that contrasts with the cosmopolitan characteristic of the strip of buildings in the seafront avenue. Elected the municipality with better quality of life of the Santa Catarina coast, being the second one of the state, being behind only of the state capital, Florianópolis.

It is 10 km south of the city of Itajaí, 96 km south of Joinville and 87 km north of the capital. The city is served by the Ministro Victor Konder International Airport, located in the adjacent municipality of Navegantes.

Ilha das Cabras is one of the business cards of the city that also has several wild beaches such as Estaleiro, Estaleirinho, Taquaras and Taquarinhas, as well as Pinho beach, known for its nudist practice. The Unipraias Park that has 47 aerial cable cars that connect Balneário Camboriú to the beach of Laranjeiras.